So Much Can Be Said

So Much Can Be Said

Carl Phillips was the 2019 Judith Kitchen Visiting Writer at the summer residency of the Rainier Writing Workshop. His reading was delightfully upbeat, arriving during a perfectly appropriate time in the residency. He was personable and took many questions with grace and humility. “I’m not here to prove anything,” he said, “just to show some observations and invite you to look at them too.” I’d like to think the night went so well in part to both the audience and the unique space the RWW community provides.

During Phillips’s visit, he taught a master class (seen below), walking the class through dozens of poems. He had an ability to show us what was right on the surface, say, the choice of verb, and burrow down into the poem to expose a world. Someone asked him, as a writer, to talk about his writing. Phillips replied “I actually want somebody who’s not a writer to want to look at my poems and think, ‘I get something from this.’”

Sometimes it can feel isolating to be in a low-residency MFA program. We live our lives often surrounded by people who don’t read or write, or know what an MFA even is. They know nursing, sweet corn, or coal mines, or strip traffic. A lot of times, the writing world and the real world don’t seem to mix, at least in more rural areas. That’s why it’s so fascinating and delightful when a visiting writer enters the residency and gives credence to the mundane outside, even subtly.

"A lot of times, the writing world and the real world don’t seem to mix. . . That’s why it’s so fascinating and delightful when a visiting writer enters the residency and gives credence to the mundane outside, even subtly."

Coming from a rural place, a place that shares its roads with horse and buggy, where high school football is everything, and where jobs exist only in trades or hospitals, this is reassuring for me. The gap has shrunk. The task of plugging away to get this thing out of us seems more real, more important. We all have different audiences for our work, of course. Yet, shouldn’t we be writing to reach someone on the outside? Should we not want our work to leave a burned image, or a feeling that brings up a memory, an ache that words can’t be brought to?

RWW provides a space for community—not just a community of writers, but a community of humans, people with different backgrounds and lifestyles. The community is the main reason participants love this program. We can continue our lives among nonwriters without sacrificing the love for writing. It’s rewarding when visiting writers remind us that both worlds can not only exist together, but cross borders.

Please enjoy these photos of our community and residency, recapturing Carl Phillips’s visit. 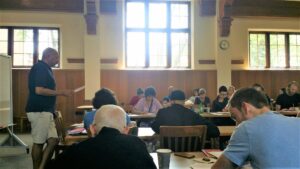 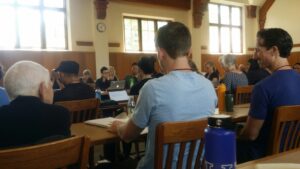 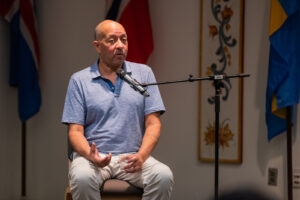 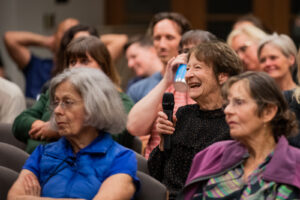 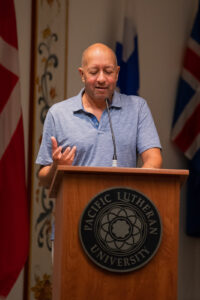 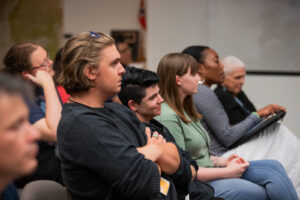 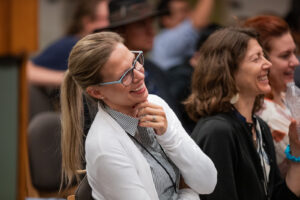 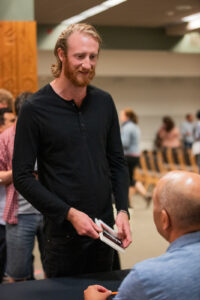 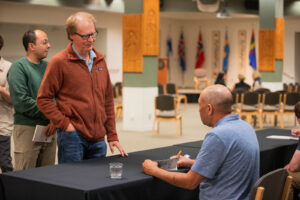 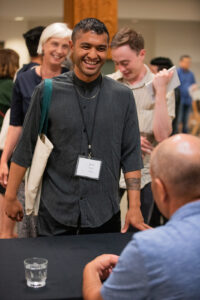 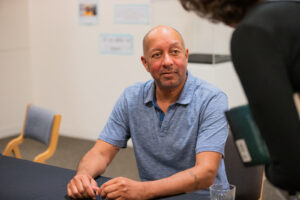 Carl Phillips teaches English and creative writing at Washington University in St. Louis. His most recent books of poetry include Wild Is the Wind, Reconnaissance, Silverchest, nominated for the Griffin Prize, and Double Shadow, winner of the Los Angeles Times Book Prize for Poetry and finalist for the National Book Award. His works of criticism include The Art of Daring: Risk, Restlessness, Imagination, and Coin of the Realm: Essays on the Life and Art of Poetry.