Found in Translation:
A Conversation with Wendy Call

Found in Translation:
A Conversation with Wendy Call

I couldn’t be happier that my final contribution to the Soundings oeuvre is a warm welcome to one of our new faculty members. This summer, poetry translator, editor, and nonfiction writer, Wendy Call, joins the RWW faculty. Since 2015, Call has been on the faculty in Pacific Lutheran University’s English Department. Before that, she worked for fifteen years as a freelance writer and editor, and, before that, worked as a grassroots organizer in Boston and Seattle. She is co-editor of the craft anthology Telling True Stories: A Nonfiction Writers’ Guide (Penguin 2007), and author of No Word for Welcome: The Mexican Village Faces the Global Economy (Nebraska 2011), winner of the Grub Street Book Prize and an International Latino Book Award. Wendy is also the translator of In the Belly of Night and Other Poems by Mexican-Zapotec poet Irma Pineda (Pluralia 2020).

Wendy has received grants and fellowships for her creative nonfiction from 4Culture, Artist Trust, Ragdale Foundation, and the Seattle CityArtist Program, and for her translations of poetry, from the Fulbright Commission, Jack Straw Foundation, and the National Endowment for the Arts. She has served as Artist in Residence at two dozen institutions, including the American Antiquarian Society, Harborview Medical Center, New College of Florida, Seattle University, and five national parks. She joins us from the English Department at Pacific Lutheran University, and is also affiliated with the university’s Environmental Studies, Latinx Studies, and Native & Indigenous Studies programs. I had the pleasure of interviewing Wendy recently, and am delighted to share her thoughtful responses. 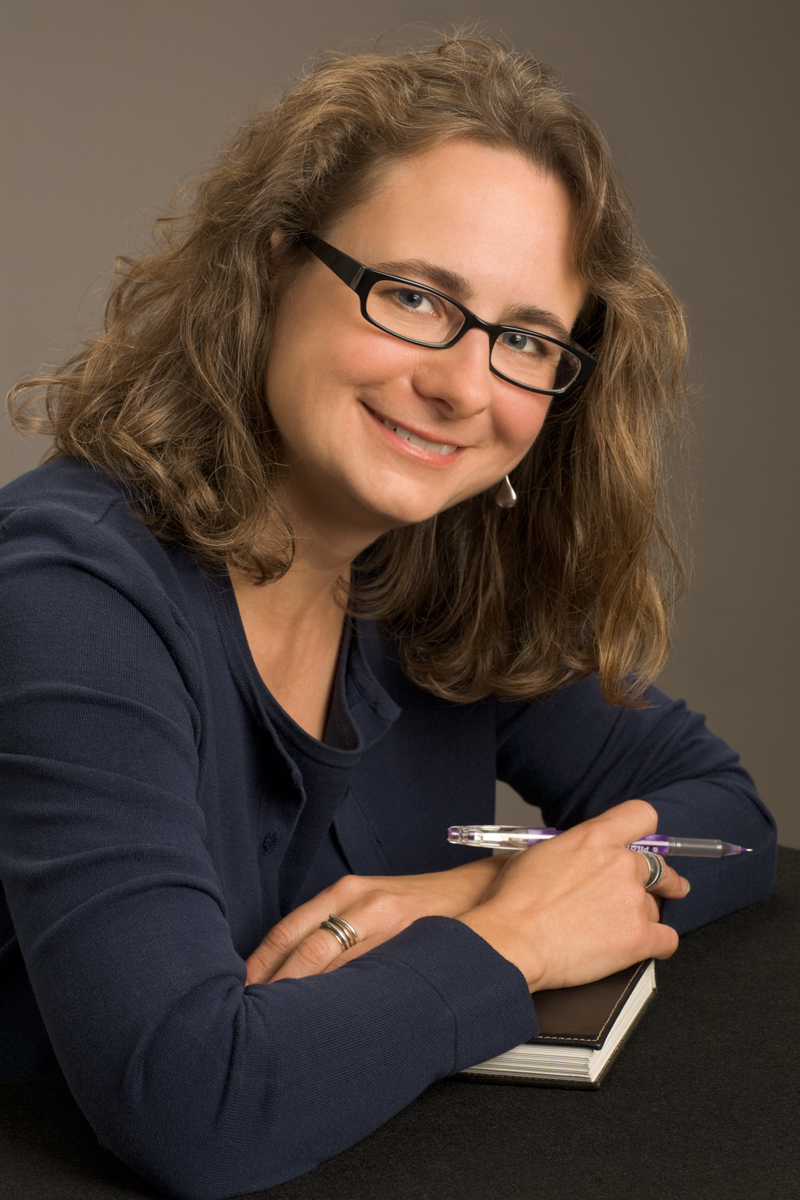 Nathaniel Youmans: One of the great strengths of the RWW is the one-on-one mentorship style during the academic year. What should the RWW community know about your teaching pedagogy and approach to mentorship? 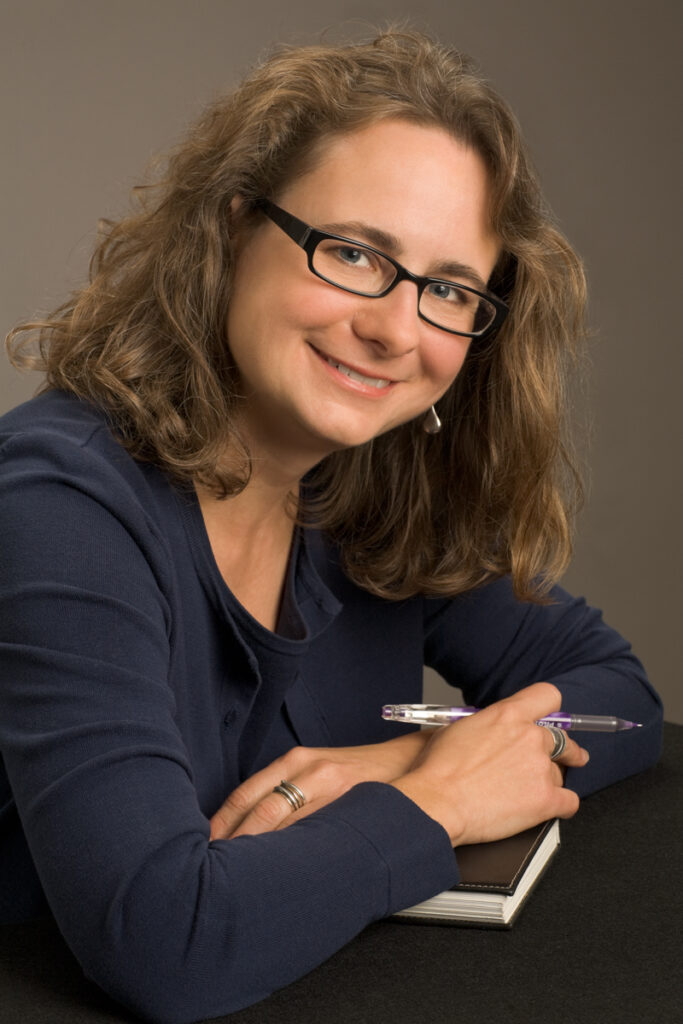 Wendy Call: I attended a low-residency MFA at Bennington College and taught for several years in the country’s only low-residency BFA in creative writing at Goddard College. I wholeheartedly believe in the power of the low-residency, mentorship-based model for developing as a creative writer.

NY: Can you describe a particularly influential mentor you have had?

WC: Through my 20s and 30s, I pined for a mentor who would nurture and champion my writing and me. I never found that person. I started college as a double-major in French and biology. I was an utterly undistinguished student of biology, struggling to earn B-minus grades in organic chemistry and molecular biology. Meanwhile, I earned As in French, though I was the only one who hadn’t had the opportunity to spend extended time in a French-speaking country. Early in my sophomore year, a kind, elegant French professor named Nelson de Jesus called me into his office to discuss an essay I’d written for his class, about a French biologist. The essay was exceptional, he told me. He wanted to help me revise it, so that I could submit it for publication.

What should that 18-year-old student have done? Ask Dr. de Jesus to be my advisor, obviously. Drop the biology major, probably. Dive into revising that paper with the help of my enthusiastic new mentor, definitely.

"What should that 18-year-old student have done? Ask Dr. de Jesus to be my advisor, obviously."

And what did I do? Well, I thought—insecure and introverted student that I was—if Dr. de Jesus believed I had written a brilliant paper, his standards must be very low. French must not be a rigorous enough program. I never responded to Dr. de Jesus’s generous offer, never took another French class, and trudged along in biology—thinking it the practical choice.

It took me a long time to learn the many lessons of that huge mistake. Perhaps by flatly, foolishly turning down that first offer of writerly mentorship, I destined myself to go it mostly alone. Finally, when I hit 40, I realized that I was too old to wish for a mentor and that I needed to just be one, instead.

NY: You have done quite a bit of translation work, in addition to having co-edited a nonfiction craft anthology. How has the field of translation—fluidly navigating between multiple linguistic worlds of representation—influenced your own writerly obsessions and interests?

WC: Two decades ago I was living in southern Mexico, researching and writing what would eventually become No Word for Welcome: The Mexican Village Faces the Global Economy (Nebraska 2011). As part of my research, I began to translate into English some of the literary richness that surrounded me—most of it produced in indigenous languages and self-translated to Spanish by the authors. Eventually, my desire to share some of that literary richness with other English speakers led me to publish my poetry translations.

My translation work is so tightly intertwined with my writing that the influences can’t be teased apart. One of my fellow translators, David Shook, says, “My work as a translator is my work as a poet.” That’s not quite true for me, because I translate only poetry and write only (nonfiction) prose, but the spirit of that statement resonates with me. The burning questions that lead me to write about something are very similar to the questions that lead me to seek out a particular poetic work and bring it into English. 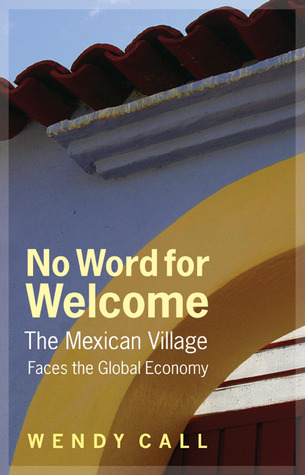 No Word for Welcome by Wendy Call

No Word for Welcome by Wendy Call

NY: Would you like to tell us about your recent works and/or current writing projects?

WC: I have been (very) slowly working on an essay collection about grief and loss. One of the essays, “Beautiful Flesh,” is on LitHub. The LitHub editors changed the title, but I insist on the original one!

The Fall 2019 special issue of World Literature Today, marking the 50th anniversary of the Native American re-occupation of Alcatraz, included my translations of one poem by Mexican-Zoque poet Mikeas Sánchez and two poems by Colombian-Wayuu poet Lindantonella Solano Mendoza. My translations [My feet won’t pause] and [I traveled the path from the south], by Mexican-Zapotec poet Irma Pineda, are in Shenandoah’s Spring 2020 issue.

I am currently translating books by all three of these wonderful poets. I am co-translating a collection of Sánchez’s work with David Shook. My work translating Solano Mendoza’s work is part of a Fulbright fellowship in Colombia that I did last fall. Irma Pineda and I have worked together for more than a decade.

I have also begun to explore audio and video essays. Here is one I made in 2017: “The Bitterman House” (Use the password From4167To4914 to access the video). Late last year I made “Legacy,” which was screened at the Northwest Film Forum’s Cadence Video Poetry Festival in April 2020.

NY: What else should the RWW community know about you?

WC: I am so thrilled to be part of the RWW literary learning community. Since leaving Goddard in 2015 to begin teaching in the English Department at PLU, I have missed the rich intensity, endless instruction, and occasional insanity of the low-residency creative writing world. It will be a joy to get to know everyone in the RWW community later this summer.