More than a Sage on a Hill:
An Interview with Sequoia Nagamatsu

More than a Sage on a Hill:
An Interview with Sequoia Nagamatsu

I’ve mentioned before that I read (and write) a lot of genre fiction, so it shouldn’t come as a surprise that I’ve been thinking a lot recently about the seemingly firm division between speculative fiction and literary fiction. I’ve been especially interested in how this division manifests in the teaching of creative writing, so it goes without saying that I was extremely excited to find out that literary/fabulist writer Sequoia Nagamatsu would be joining the RWW community at the 2021 summer residency as the newest fiction mentor.

After the residency, I reached out to Sequoia to find out more about him, his writing, and his teaching philosophy, and I am thrilled to share that interview with you now (but I still want to know more about the robot dog!):

Keats Chaves: RWW puts a lot of emphasis on the mentor/mentee aspect of the program. Is there someone whose teaching or mentorship has been especially impactful or inspirational for you?

Sequoia Nagamatsu: This is a tough one because, while I have an MFA and have had other kinds of learning experiences guided by experienced writers, I wouldn’t say that I could really pinpoint one person who gave me the “keys to creative writing.” I think there are writers out there who are really known for that kind of mentorship style, but what I valued most from others was simply an acknowledgement of my identity as a writer, encouragement, and an honest sense that what I was doing excited them in some way. That maybe—just maybe—something I wrote could one day see print. I try to bring this sincere excitement to my own teaching as well. If I tell a student that something is “close,” that I “could see this being published,” or that I’m excited about a new direction they’re taking, I really mean it. So, instead of naming one person, I’ll name a few people who provided this kind of energy for me: Michael Czyzniejewski, Pinckney Benedict, and Jon Tribble. And I also want to stress the importance of acknowledging how writers we never meet act as mentors through their writing and career trajectory. Someone like Matt Bell, for instance, was really inspirational to me. His work made me realize that unconventional/genre-defying fiction could find an audience; his trajectory through the literary journal ecosystem to indie presses to larger publishers showed me the diversity of what was possible. 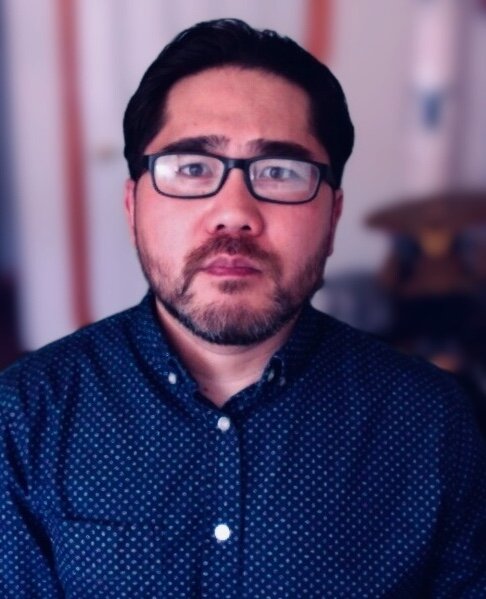 KC: Can you tell us more about your own mentorship philosophies, and what you hope to bring to RWW?

SN: I spoke to the idea of being honest and passionate about student work above, and I’ll stress that again—and add caring. I don’t think a mentorship is worthwhile if a mentor doesn’t know how to be critical and supportive without a dose of empathy, or if a mentor puffs up their mentee with a false sense of where they are and the realities of potential career trajectories they might take. I want to create a relationship of trust and community with my mentees, and I want this foundation to fuel dynamic conversations about how our reading lives and writing lives and professional paths feed into each other. And this goes both ways: I’ll prompt my mentees to explore, to read new things, to reflect on their lives as people/writers, but I also want to invite them to interrogate me as well and bring up other topics/observations. Mentoring for me isn’t about being a sage on a hill so much as being a hybrid of a friendly resource and a fellow colleague (just another writer who knows what it’s like to stare at a blank page).

KC: During this summer’s residency, you gave a morning talk on the “genre debate” and the relationship between genre fiction and literary fiction—your own writing is very much a blend of the two. Could you tell us what, or who, inspired (or continues to inspire) you to write in this gray area instead of writing only genre fiction or only literary fiction?

SN: Well, I could say that this inspiration stemmed from a childhood of consuming sci-fi and fantasy and watching a lot of documentaries of the Ancient Alien variety. Apart from the documentary bit, I don’t think this is all that unusual—the media we consume as children is heavily weighted toward the fantastical, and historically (and unfortunately), a lot of people for reasons beyond me cast away these narratives in favor of what they might view as “adult” or “real literature” or “less childish.” I think Cosmicomics by Italo Calvino was probably one of my earlier introductions to work presenting itself as “real literature,” but was very playful with genre and form. That introduction led me to explore more contemporary writers like Aimee Bender, Angela Carter, Kate Bernheimer, and Karen Russell, who had just come on the scene as I was contemplating taking writing more seriously.

“And this goes both ways: I’ll prompt my mentees to explore, to read new things, to reflect on their lives as people/writers, but I also want to invite them to interrogate me as well and bring up other topics/observations.”

KC: I know you have a book coming out in January 2022, but do you have any works in progress that you’re particularly excited about?

SN: How High We Go in the Dark comes out this January, and, honestly, this one is keeping me plenty busy with marketing efforts. The publicity machine is interesting because it really forces you to reflect on what you’ve produced, who you were when you wrote the book, and how you’ve changed as a writer after having completed it. That said, I am about to return to the trenches of my next book, which is slated to come out in 2024. It’s called Girl Zero (at least for now). The book revolves around the genetic copy of a deceased girl via a Japanese shapeshifting creature, and this replacement’s journey of navigating their own identity and the identity of the original daughter a family lost.

KC: Lastly, what’s something interesting or unexpected that you want the RWW community to know about you?

SN: Hmm… I own a very expensive robot dog, which figures into my forthcoming novel. His name is Calvino. As far as writing? I’m definitely a planner. I’ll create elaborate outlines, spreadsheets, and flowcharts. I might abandon, or allow these brainstorms to evolve, but I like to have the illusion of a map before I really begin a project.

Sequoia Nagamatsu is the author of the forthcoming novels, How High We Go in the Dark (2022) and Girl Zero (2024) and the award-winning story collection, Where We Go When All We Were Is Gone. His work has appeared or is forthcoming in Conjunctions, The Southern Review, ZYZZYVA, Tin House, Iowa Review, Lightspeed Magazine, and One World: A Global Anthology of Short Stories. He currently teaches at St. Olaf College and resides in Minneapolis.