A Moment for Fairy Tales

A Moment for Fairy Tales

I am working on a short story whose setting and concerns are inspired by the present moment. This scares me. I have not taken a similar approach with the novel I am writing. My novel unfolds over several decades in a variety of workplaces and nations. I want the novel to be sweeping in scope, a story that requires world-building and research. But a story set in a moment like the present one calls for a quick interpretation of events—especially when current events dance and hiss like a live wire. So much is going on right now. We’re witnessing a deadly virus move through the world’s population unlike any we’ve seen for a century. In the U.S., we have a contentious presidential election. We’re also experiencing extreme weather due to climate change and unprecedented protests against racism. In short, the world is on fire, which is both exciting and terrifying for fiction writers. I worry how I will create meaningful stories about this time. I know my students are struggling with writing the present moment as well.

Lucky for me, two great novels anchor our advanced fiction workshop. The Changeling by Victor LaValle explores 21st century parenting and technology, while The Old Drift by Namwali Serpell explores colonialist legacies and predicts them into the future. Both novels use fantastic elements and both are deeply interested in myth. LaValle’s story is a reimagination of the European folklore of a changeling (a fairy left in the place of an abducted child), while Serpell’s novel is structured as a Zambian creation myth complete with a mosquito Greek choir. And both novels open with lines characteristic of the fairy tale. Here is how Namwali writes in the opening of The Old Drift: “Once upon a time a goodly Scottish doctor caught a notion to find the source of the Nile.” And here is LaValle’s first line: “This fairy tale begins in 1968 during a garbage strike.” Although I didn’t intend to use these novels as models for how to bravely write this moment, that’s what is occurring as I teach. Through these novels and several essays, I’ve considered what the fairy tale form can do for fiction, particularly in times of radical change.

“Through these novels and several essays, I’ve considered what the fairy tale form can do for fiction, particularly in times of radical change.”

Rooted in oral storytelling, fairy tales date back over 4,000 years. Like all traditions meant to be heard and memorized, fairy tales contain conventions like repetition and rhyme which help us remember the story. In addition to aiding memorization, these conventions comfort us because they are so familiar, or as Kate Bernheimer reminds us, “there is pleasure derived in the form.” Toni Morrison explained in her Nobel Laureate acceptance speech that when we hear, “Once upon a time,” we know that we’re engaging a specific literary genre. The genre’s deep tradition across cultures positions the fairy tale as a story whose meaning transcends its particular settings and characters. In other words, fairy tales, including the recent hybrid varieties, seem to be tethered to the past and present, to old worlds and the new. “Here and There. Together. A fairy tale moment, the old kind,” as LaValle writes (161). In 2020, when the future seems unpredictable, a timeless story appeals to my need to imagine humans as part of a longer narrative and an ineffable, magical situation. I suspect this is true for my students, and for the increasing number of readers turning to fantasy, fairy tale, and fabulist fiction. We’re all looking for stories that expand our ideas of how we might live. 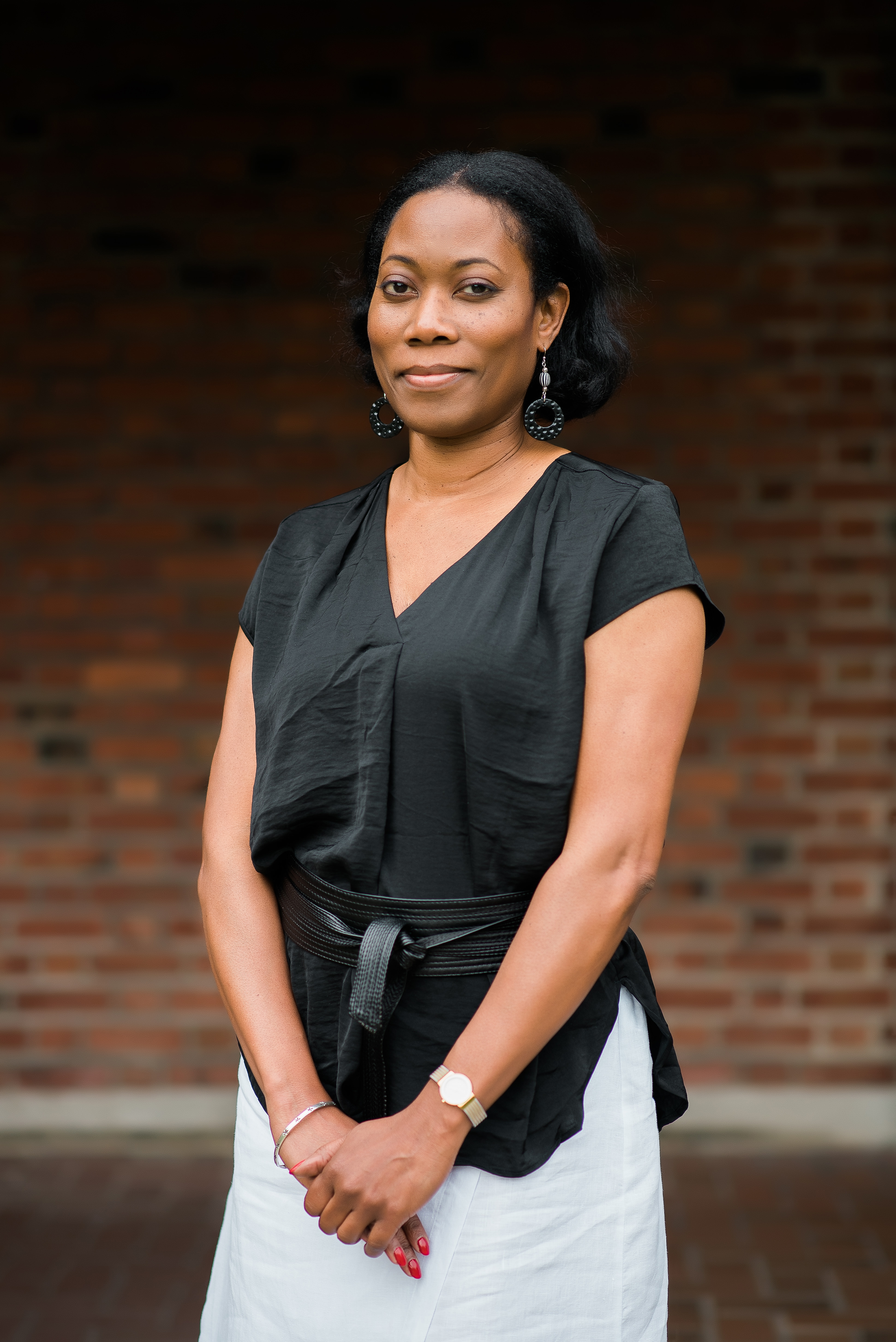 And so, I’ve assigned Bernheimer’s essay, “Fairy Tale Is Form, Form Is Fairy Tale,” to help students better understand fairy tale as a structure. I think of Bernheimer as an antidote to the craft textbook we also read which provides traditional instruction about elements like plot, concrete detail, and setting. After trudging through readings about various methods of characterization, it’s refreshing for students to consider that they might have a purpose for making their main character flat. “Fairy tale characters are silhouettes,” Bernheimer writes, “...this flatness functions beautifully; it allows depth of response in the reader” (67). And this makes sense. If the fairy tale was initially intended to be memorized and to impart a moral message, a carefully nuanced protagonist was simply unnecessary. Instead, characters of traditional fairy tales served as symbols of virtues or traits. The challenge for my students (and for me) is balancing this characteristic of the genre with a more contemporary expectation of character. In LaValle’s novel, the protagonist, Apollo, is fully realized, while Apollo’s wife, Emma, feels flatter because she’s under a spell and missing for most of the novel, but also because Emma is symbolic of ideas about contemporary motherhood. I’ve taught stories by Karen Russell, Aimee Bender, Carmen Maria Machado, Kelly Link, and Helen Oyeyemi to demonstrate the range of flatness and fullness of character you can use in a contemporary fairy tale form.

Bernheimer names abstraction, intuitive logic, and normalized magic as the other characteristics of the fairy tale form. I usually discuss how dialing up or down on any one of these items shapes the narrative dream. A highly abstract setting allows place to recede in the story, but what will come forward in its place? And why? These are the questions that the writer must figure out. And if a writer is using the fairy tale structure to create a metanarrative about fairy tales, this must be evident to the reader. We will accept the flattest of characters or the most outrageous laws of magic if there are moments where we understand the author’s larger critique of form. Before The Changeling swerves into its final and most imaginative act, we read this passage and understand the novel is concerned with fairy tale as a form:

In those old stories, the myths and fairy tales Cal had talked about, the heroes did what they did but you never knew why. In the stories, at least, they had no interior life. Their job was simply to act. Gods and gorgons allied against them, and still they bore the spear and shield. Still they walked into the deep, dark forests. But did those heroes ever feel like Apollo did now? The real people, not the characters they became. They were human beings too, after all. They must’ve shivered in the shadow of the world’s great horrors. They must have wondered how they would ever see the quest through. And somehow they persevered. Maybe that was the point of telling those stories again and again one generation to the next. If they could be brave, then we might be, too. (300)

“We will accept the flattest of characters or the most outrageous laws of magic if there are moments where we understand the author’s larger critique of form.”

This semester, I’ve also given my students two non-fiction essays as models for writing good fiction. I suppose by doing so I have communicated something about genre, inspiration, and how to be broad in one’s reading. But that’s not why I assigned the essays. I assigned them because in the first case, “It Was Me. I Know It Was Me,” by Francene Bailey, the true story read like fiction, and quite frankly it blew me away. And once again, I know that workshop lectures and readings about conflict, crisis, and resolution can be dry. I know my students are tired of hearing me say “conflict-crisis-resolution.” Still, I continue to repeat it hoping they will internalize structure and that it will help them write good fiction. But talking about the importance of structure or pleading with students to put the story’s conflict on the first page cannot compare to reading a powerful story which does both effortlessly. Bailey’s piece, published in the Washington Post, is a first-person confessional essay about contracting Covid-19. It is also a story with a house, an uncurable disease, a deadly hug, gorgeous interiority, and the death of the mother on the first page.

I use the second essay from The Paris Review, “Fuck the Bread. The Bread is Over,” by Sabrina Orah Mark, as an example of weaving fairy tale form with true facts about the pandemic and unemployment. This essay does everything we will have talked about this semester. Its conflict is in the first line: “In February, as a plague enters America, I am a finalist for a job I am not offered.” The essay uses characteristics of fairy tale form and an array of fairy tale motifs: “...I am being tested, and whether or not I am offered this job will depend on the appetite and mood of strangers. ‘Your final task,’ I imagine the dean saying, is to make a rope out of these ashes. Do it and the job is yours’.” And Mark’s essay lets us know early on of its metanarrative intentions by mentioning that the author teaches courses on the fairy tale.

“. . . talking about the importance of structure or pleading with students to put the story’s conflict on the first page cannot compare to reading a powerful story which does both effortlessly.”

The irony of teaching fiction is that I position myself as someone who has mastered the elements that I teach. Nothing could be further from the truth. I struggle mightily with the very rules that I drill into writers in my class. Maybe if I didn’t teach twelve to sixteen hours each day and had time to really write and reflect, I could master the craft the way I crave. But that is not my life. So I tinker, tinker, tinker to get my fiction to slowly conform over time. The short story I am working on is inspired by a real estate listing. It’s also inspired by my memory of a childhood friend whose relatives were undertakers, and by cases of police brutality constantly in the news. So far, two characters occupy my story. They are children. One lives in a house with a jail for a basement, the other lives in a house atop a funeral home. Their paths cross in school. Friendship, envy, and betrayal will happen. The more I write, the more that horror rises ghostlike in my draft. It will be a true fairy tale in the old sense. There will be no happily ever after.

Renee Simms is an associate professor of African American Studies and contributing faculty to English Studies at the University of Puget Sound. Renee received her B.A. in Literature from the University of Michigan, a J.D. from Wayne State University Law School, and an M.F.A. in Creative Writing from Arizona State University. She was a 2018 National Endowment for the Arts Creative Writing Fellow, a Bread Loaf Fiction Fellow, and has received support from Kimbilio Fiction, Ragdale, Vermont Studio Center, and PEN America. Renee’s debut story collection Meet Behind Mars was a Foreword Indies Finalist for Short Stories, and listed by The Root as one of 28 brilliant books by black authors in 2018. Renee is currently at work on a novel and a collection of linked essays.