The following are short critical essays about Judith Kitchen’s craft and the impact she had on each genre in which she wrote. Thank you to Sonja Livingston, Gabriel Blackwell, and Sven Birkerts for their wonderful contributions.

The Mynah Bird: Five Thoughts on Memory and An Answer
By Sonja Livingston

Like the body craving salt, it returns you to the old church, its stained glass and scent of incense and candlewax—it takes you there, memory, dropping you into the curved wooden pew just in time for mass.

Pull of blue roses, the lull of Plath’s line, the way it breaks my heart each and every time. Back to her daddy, yes, but further still—back to the bone, the suck of marrow and the wide blue places just beyond.

When people talk about embellishing memoir, I imagine trying to make sandcastles of the ocean floor. When people belittle memoir, I remember the loneliness of rivers, believing there’s only one path to the sea.

The stuff of our lives—the grand moments and dull beauty and shittiest of days become mirror and salt lick and tarot deck. We are custodians of the moment, our truest treasure, but what good are riches if we don’t take the time to hold them?

A.
I will remember the Mynah bird, his little old man’s voice who looked you straight in the eye, as he called and called for his oddly lost self. The Mynah bird from long-ago Edinburgh, conjured by the magic of 26-letters become voice. The Mynah bird, dark-feathered broker of sound, braiding the chime of temple bell and cat meow and whatever good words he hears into his song: Where’s Charlie? Where’s the Pretty boy?

How delicious, the past made present.
How wondrous, a pair of old wings, sweeping wider than any of us.

All lines from Judith Kitchen are taken from The Circus Train, Ovenbird Books, 2013. 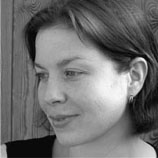 Sonja Livingston’s latest book, Queen of the Fall, includes an essay about her time as Judith’s student at SUNY Brockport. Her first book, Ghostbread, won the AWP Prize for Nonfiction, and an essay collection, Ladies’ Night at the Dreamland, is forthcoming next year. Her writing has been honored with an Iowa Review Award, an Arts & Letters Essay Prize and fellowships from New York Foundation for the Arts, the Vermont Studio Center and the Deming Fund. Sonja teaches in the MFA Program at the University of Memphis.

_
But to Interact
By Gabriel Blackwell

In her introduction to Half in Shade: Family, Photography, and Fate, Judith Kitchen wrote, “My challenge as a writer was not to describe, but to interact. Not to confirm, but to animate and resurrect.” She meant this had been her challenge in writing that particular book, in reassembling memories of family from a box of their snapshots, but, to me, these words serve equally well as a summation of her broader challenge as a writer and a thinker.

What does it mean to “interact” in this way? To begin with, it means that an account of one’s life is incomplete if it is only a description of that life; for Kitchen, the writer “does not place her memories on the mantle like artifacts; instead she subjects them to scrutiny. She marshals her memories in service of inference and analysis.” It is the ongoing act of subjecting memories to scrutiny that is the proper aim of writing, not the memories themselves. Those memories, after all, exist off the page and in the mind in a much more vivid form. It’s only when we “marshal” them “in service of inference and analysis” that the act of writing is inaugurated. As Kitchen put it, “Does remember count as a verb? Its action the making of action.” The action thus made—the source of the tremendous power of so much of Kitchen’s work—is, I think, what she meant by “interact.”

Throughout her work, Kitchen returned to the same set of memories—wasn’t she in some essential sense the same person, whether writing Only the Dance or The Circus Train?—but that never meant she was repeating herself. Instead, each time we, her readers, encountered a memory we had come across before, we were reminded that we weren’t reading for the memories anyway, but for the agility of the mind assembling them in front of us. For Kitchen, what is described, “the details,” as she later wrote, “often mask[s] what is not being said.” Uncovering “what is not being said” is an act, then, of interaction. If I ask myself why it is even necessary to mask what is not, after all, said (or how it is possible), I find myself thinking Kitchen’s point must really be that what is not being said is somehow the most important thing in a piece of writing, that in fact writing—the preservation of words, of language—only exists because there is still something worth experiencing in what is not said. But how can we come to an understanding with what is not there in words? Here, too, in this negotiation with the unquotable, is a definition of Kitchen’s “interact.”

If a piece of writing can be said to live, it must then live not in the “artifacts . . . on the mantle” of the writer’s memory, but instead in the act of placing them on that mantle, an act done before us as we read. “There’s something about the framing that makes us consider the presence—or absence—of an aesthetic,” Kitchen once wrote, and I would extend that sentiment just a bit, substituting the word “author” for the word “aesthetic.” Though “framing” isn’t all there is to the interaction of reader and writer, “something about” it points our attention to that interaction, or, in Kitchen’s words, “paying attention to the attention that is paid.” To read any of Judith Kitchen’s work is to discover again her absolute vitality, for her attention was always paid to this strange interaction, creating life in her writing rather than simply reporting on it there. As writers, we would do well to be as attentive in our own work. 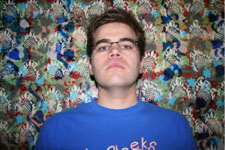 Gabriel Blackwell is the author of three books, the most recent of which is The Natural Dissolution of Fleeting-Improvised-Men. His essays and fiction have appeared in many issues of Conjunctions, Tin House, DIAGRAM, the Kenyon Review Online, and elsewhere. With Matthew Olzmann, he edits The Collagist.

Different books call for different styles of reading. Maybe there is a reading style best suited to every unique expression. I can’t speak for anyone else, but I know that I read The Circus Train, Judith Kitchen’s condensed lyrical meditation, not over a period of hours, as I first expected to, but weeks. It was so laden, so poignant, so artful, and so painful—a writer writing openly toward her own death from a metastasizing cancer—that I made myself step away every few pages, even as I was completely gripped by its formal and emotional revelations. The work rides both lightly and weightily on the thermal of its terrible imminence, and Kitchen cannot have been unaware that each least scrap of memory fetched up would shine with the shine imparted by certain loss. I’ve heard people say that “brave” is a compromised adjective, a word one might use in faint praise as the British are said to use “interesting,” but here it is the right word and can stand uncompromised—because it is not a stand-in for “powerful,’ or ‘elegant,’ or ‘strikingly well-made,’ for The Circus Train is all these things and more.

Kitchen’s art is found in the density and intensity of its echoes, her way of setting out a range of key elements from her life, and then working them as a kind of tone-row of recurrences and variations. A memory from childhood, of playing outside the house in a strawberry patch, images from Samuel Beckett’s Company—a key one of a small boy losing the grip of his mother’s hand—the image of a train seen in the distance (was it a real or invented memory?), and then an array of vivid but also de-contextualized images from the various eras of her life. These do not feel to be layered in obvious sedimentary sequence, but are, rather, buckled and folded together, so that we consider them much as geologists consider the violently impacted cross-section formations in seismically active areas.

Oh, but this scarcely catches it. How does she turn what could in other (most) hands come across as a grab-bag of remembered moments, a delirium of things known or forsaken—how does she confer on all this both urgency and complexity? The urgency derives from her naked, unsentimental avowal of what is happening to her—she is dying. The complexity depends on a subtler set of artifices. One is her willingness—her need—to forsake all expected sense of proportion and importance, to fasten, as Robert Lowell advised, on “what really happened,” what stuck and remained, no matter how seemingly negligible. Kitchen’s book brims with details so privately skewed that we can only trust them (“Popsicles lining the freezer at Bosco’s fruit stand,” a crow settling on a branch with “an unfailing touch,” the hiss of a bonfire, marshmallows that “can flare in an instant, then taste of ash,” a perfect soccer kick…); it is an archive of strikingly captured sensation.

The other artifice, more truly that, is her canny and inventive use of pronouns. Kitchen overtly, and maybe slightly self-consciously, refers to herself in 1st, 2nd and 3rd person, alternating—and at the same time addressing the fact that she is doing so. Part of the intent and effect is to create a sense of psychic multiplicity—self now, self then, self-as-written, self as caught up in immediacy… And don’t we all regard ourselves with varying distance and self-objectivity?

What Kitchen desires—and states as her desire—is that these pronouns, that “held themselves apart like magnets pushing up against each other,” finally yield to “an individual I on this earth soon to lose the distinctions of pronoun.” And she has her wish, at least in this last beautiful book, as she finally ends, as close to an embrace of death as a lifetime of passionate thought and living will allow.

Sven Birkerts is the author, most recently, of The Other Walk (Graywolf Press, 2011). He is director of the Bennington Writing Seminars and editor of the journal AGNI, based at Boston University.